Devastation Island is taking a hiatus, however, I will be starting up part 2 in a few months! Keep your eye open for the re-open of application for DI!

As a lot of you know, my new RPG will be starting up soon. I have decided to make it a by-invite RPG, and I have sent out invites, but just because you didn't get an invite doesn't mean you can't be in it! I invited all the players I know from have the right experience and writing level to make the game fun for everyone. However, I'm a strong believer in not starting cliques, and I think everyone should have a chance to join. So here's how this works. You can apply in one of three ways:

2. Post a link to a successful RPG you've created

If you think of another way to apply, go ahead!

And as a heads up, if you're invited to my RPG you'll have to check the game at least 6 days per week. If you don't get invited, don't be discouraged! In order for RPGs to be successful the players need to be at the same level. There are lots of RPGs on here that I'd mess up if I joined.

In case you're not sure what my RPG is about, check out the teasers on my page.

Species: Alatariel (A type of faery who can communicate with animals) 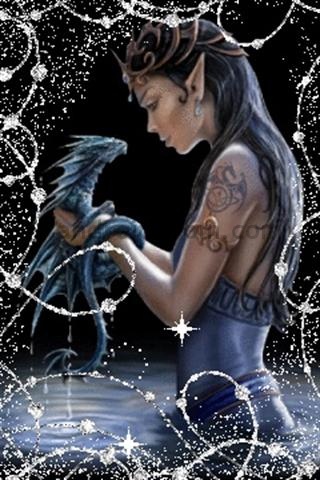 Personality: Independent, fierce, like the animals she trains and cares for. Quiet, but strong willed.

Bio: Tanis is an Alatariel with an extremely rare gift for training dragons. When king Trise learned of her abilities, he forced her to come to the palace as the Royal Trainer and Dragon Keeper. While she lives in luxury due to her status as head of all the king's animals and trainers, to her the palace is little more than a cage. The only bright spots for her are the animals she takes care of and seeing Prince Ash, she is the closest thing he has to a friend, although she is unable to speak to him.

Other: Tanis was born a mute. She can't speak, although she can communicate telepathically with animals.

I believe I have only one Roleplay on here, so I'll use one from a different site?

Memory record:7031 Kalek was nearly destroyed in the factory explosion#38 during the Human vs Zed war. Barely surviving the blast, he was sent back to Zallen to recover, missing body parts were replaced with machine. Kalek refused to become fully robotic, and forced his way back to the front lines. Kalek is ruthless in battle, and leads his company 791 to absolute victory. Currently he will stop at nothing to ravage the planet known as earth in revenge for the (Blankty blank blank blank blank. Tis' actually a spoiler to my story, so I'm skipping it.) from the humans. Kalek ravages the middle eastern terrain of earth, moving quickly to the United States of America.

Never made an RPG of my own.

You've already read some of my story, silly.

Yes, yes. You're in as soon as I can get the flippin' invitations to work...

thanks for inviting me

Permalink Reply by Classified on March 20, 2012 at 1:36am
I haven't been in any RPG's, but I have a solution! Would it be possible for me to create a new profile? I'm not expecting to get in cause I am new, but it's worth a shot!

Name: Penny SailAge: 16Gender: FemaleAppearance: Pixie cut. Auburn hair. Cute eyes. Thin as a pole. Usually dresses in clothes that will make her seem skinner.
Bio: Penny's family is like most "typical" families. Penny has a kind, loving mother. Her dad is gone most of the time because of his career. She has a beautiful and somewhat annoying younger sister, and  an older brother who teases her, but Penny doesn't mind. However, her private life is very different. Penny often worries about her weight. Penny has a lot of interests she ignores for fear it isn't "cool" or " popular" at the time. She surrounds herself with popular people she knows do wrong things. She fills herself with false hopes of becoming popular herself, one day. Penny often try's to join cliques, and when she does she isn't herself. Penny doesn't know who she is. She lacks self- confidence, and often loses real friends because of it. Popularity is the top priority in her life.
Personality: Penny is very shy, and needs to let go. She is very smart, but doesn't  want to come across as a geek or know-it-all. She is lacking self confidence.

Thanks for your application, Classy!

Right now my biggest concern is simply the number of players. I'm waiting to hear back from some one right now, but I'll let you know by tomorrow night.

I am flattered that you are even considering me. :D

I totally would invite you if there wasn't so many players. Sadly, I already have the a lot of players, and I want it to be a good experience for everyone, and that's nearly impossible with too many players. So not this time.

But I would definitely suggest joining some other RPGs for now. We "by-invite-RPs"  are always looking for new talent. Oh, and I'm not trying to sound like a snob, just being legit.