“Quick, bar the gates!” yelled the king, “get everything you can to jam them!”

“Sir,” Responded one of the captains of Tirana, “the trolls are to strong we can’t hold them off for long!” Just then a huge boulder, easily ten times the size of the biggest of the king’s soldier, broke through. The Black Knights came pouring in through the broken gate.

Now, the king was a strong, tall, sandy haired man named Argoth II whose most prized possession was neither gold nor gems, but rather was his child. “Get my son, take the Horse Lord, and bring them to Arathorn of Azoth just a little ways away from the castle.” Commanded King Argoth

“But what about you, my lord?” one of the guards asked urgently

“I can take care of myself. Now go.” He replied as he drew his sword and ran out into the mêlée.

The battle raged on, arrows and javelins flying through the air. The king’s men were hopelessly out matched but they fought valiantly. Both factions had fearsome leaders who would stop at nothing but death to defeat the other.

He stabbed and slashed until he got to a troll at which point he slew an enemy and took his whip, threw it around the troll’s neck, and jumped up, steering it into its own ranks straight towards the leader. He was an Eastern, wearing a turban and cloak and holding a scimitar. He was called Malvir of the Eastern Sun and he was the most fearsome warrior of all the Eastern lands with tan skin and long black hair. But King Argoth was the greatest in the West and as soon as He made it to Malvir he jumped off and spoke to Malvir. At that moment all the soldiers stopped battling to listen to what they had to say.

“You dare enter my kingdom and raid my castle?”

“The Ruler of the west seeks conquest.” He replied “You must be the famed King Argoth II”

“Your presence is disturbing to our peace. Be gone with you!” And with that Argoth drew his sword and they battled.

Virtually every skilled chop and slash was blocked. They went on hard and jumped on carts and siege devices, all the while attacking and defending, stabbing and slashing, jabbing and dodging. Argoth fought hard but soon Malvir got the upper hand and had the Scimitar to Argoth’s neck in an instant

“Say your prayers, fool” He spat.

Argoth ended his life with these prophesying words “One day, mark my words, one day you will be slain by the sword that I used to battle you on this day.” He said a spell and his sword radiated a blinding light and disappeared just a moment before he was killed. On that day all was lost… or so they thought.

I was only a young boy but I was strong, the strongest in the kingdom for my age and it was because I worked as a blacksmith helping my father. Well, he wasn’t really my father but he treated me like his own. He never would tell me what happened to my real father or even who he was, but I remember his face, I remember he was funny, I remember the flames in a building but I don’t remember where. My name is Eraglas and I was only 15 when I was brought out on an extremely unanticipated voyage.

All the villagers hated the king and his soldiers because he was a tyrant who usurped the throne when I was just a baby. I had lived a life in a land of oppression and I was determined to get revenge for the loss of my childhood so I started by robbing their larders, but I soon got to their treasuries and was on the run from guards throughout the Sercos Forest, dashing and dodging through the trees and bushes.

“Stop kid!” yelled one of the king’s men, “we don’t want to hurt you. We just want to talk so come back!”

“Ha you think I’d fall for that.” I thought aloud to myself, “How stupid do you think I am?”

Just as he said these words he[E1]  stepped on a trap[E2] [E3]  which hung him by the foot. A man walked out of the bushes and replied, “You were dumb enough to fall for that.”

“Slaver, you evil cold hearted witch,” I said loathingly. He was called Slaver for the simple reason that he was the enslaver of many innocent men women and children. He was a goblin and master in the art of Black Magic. Also called the Dark One, he was right hand of the King Malvir and just as evil.

The guards caught up and tied me up. They dragged me along the ground and soon we got to the village and that was when my adopted father, Arathorn, saw me. I could see his tear stained face but then he went into the house. Slaver stopped and spoke out to the people.

“This boy has been sentenced to life in the dungeons, charged for robbing the personal treasuries of His Majesty Lord Malvir of the Eastern Sun, a crime punishable by death for an adult but for a minor, life in prison.”

There were many cries from the crowd but a hooded figure stood still. He held a staff in both hands and leaned on it to the right. He looked at his wrist and I saw what looked like a wristband then turned and walked towards a field. It was then that a most mysterious thing happened; I looked away for a moment then looked back at where the hooded man would have been, but he was gone.

The guards then pulled me along towards the castle where they took me and threw me into the Dungeons where I stayed for numerous days, or at least that is what I assumed for there was no sunlight to tell, with minimal amount of nourishment. But one day it all changed, they threw in a soldier, but he was not like the rest of Malvir’s soldiers. No, this one was dressed like the former knights of King Argoth the Brave, who, most were resistance leaders now.

I walked over to him and used some of my water to clean his wounds and the rest I gave to him to drink. “What happened to you?”

“Thank you, my friend. I was caught leading the resistance but your kindness will repay you.” He responded.

I was confused, “what do you mean ‘your kindness will repay you’?”

The soldier smiled, “I mean you are coming with us.” Just then all the cell doors opened and the jail guard walked up to us.

“Let’s go before anyone comes to check on us.” He said and with that we ran.

Soon the guards realized that we were missing and we were found. We ran but many lost their lives trying to get us to safety soon we were out of the city and we ran though the forest. Before long we were at the resistance fort

Did you determine on a main character?

no. what is a good name for a main character

That depends on what they look like, how old they are, and if they're a boy or a girl... 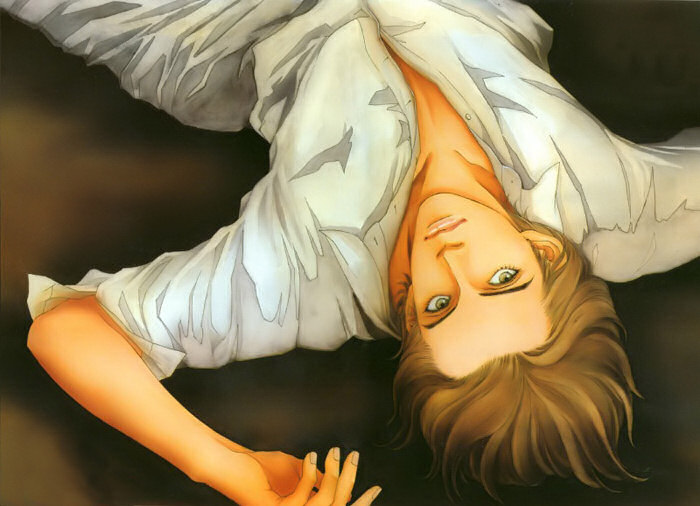 I know you said blue eyes but here's a picture I found.

Permalink Reply by Falling Star on April 24, 2013 at 2:51pm
Silver could probably edit the eye color if you ask really nicely. 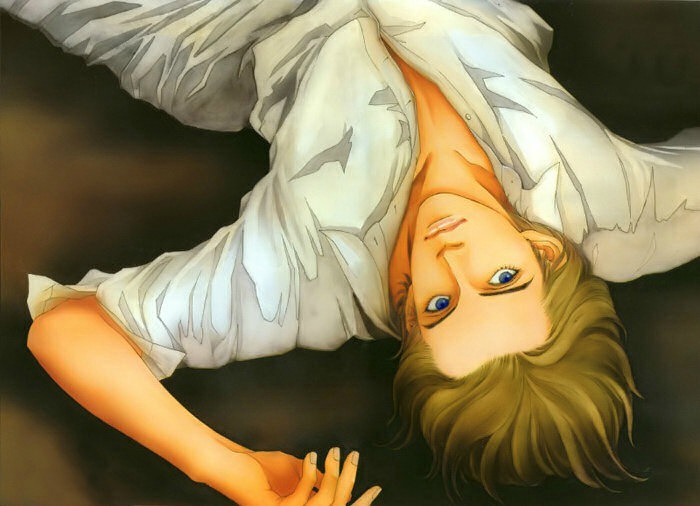 I lightened the hair a little too.