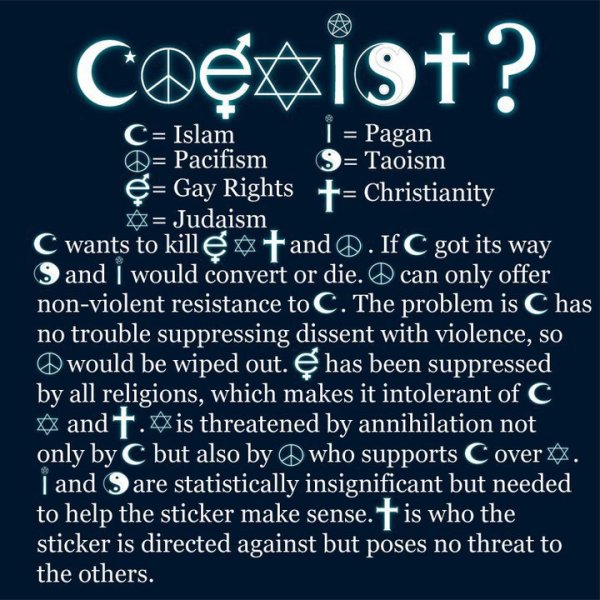 Yeah, I didn't really notice all that either. I love how well it's broken up and how laughably true it is!

Honestly, I don't think Islam wants to kill like portrayed. Unfortunately there are psychos in power in Iraq. The cross was changed from a death dealer's symbol to a christian symbol, while the inverted cross, which is a sign of humility, would pretty much make a great anti tyranny symbol even before the death of Peter. Yin Yang is actually not exclusive to taoism. Yin Yang is simply one of their philosophies. Pretty much means harmonious dance of logic and spirituality.

Co-Existing in harmony in this dimension is impossible, because of Babylonian brainwashing. Everyone fears being wrong, as opposed to truly seeking being right.

i would need to look that up first. And i totally agree and understand that the majority of the muslum community are not out to kill everyone, but those ones are the ones who either don,t know their doctrine or are not true muslums. I read the Koran this year, and if they are following their doctrine, which is what the symbol means, this graph would be correct. And according to the whole "Coexist" thing, the main purpose was, i think, discovered.8

I have read some of the Quran, but honestly cannot vouch either way, just yet. Did you read unbiased, or expecting evil? I ask because people accuse the Bible of evil, likewise. If you have citation, would you shoot me the Quranic verses?

I agree. The Co-Exist thing is kinda one of those weird "let us except ignorance and bias. We don't need the real answers. The smoke screens are great". Oh world...

Nah, dunt have exact references, sorry, I should.

To be completely honest, I read it as unbiasedly as I could. Obviousky being a christisn, entered it with that kind of perspective.  The msin source I got my reasoning from was from several other books by muslims whohad converted. They explained an inside view way better than I could have;)

ah. cool. There are truths in the Quran, I believe.

But ultimately it is HIGHLY corrupt doctrine. As a fan of truth, I tend to sift through the sewage, to obtain what truth is within.

Permalink Reply by Michaelyøda on February 19, 2013 at 10:51am
I didn't know what half of those symbols were before I saw this. :p Makes it seem even more silly now. 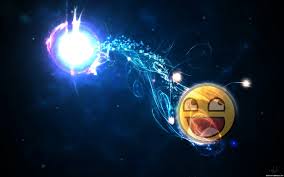 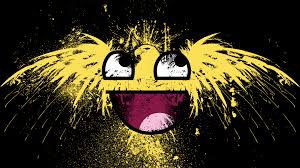 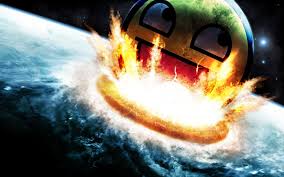 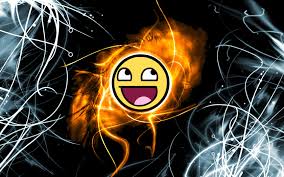 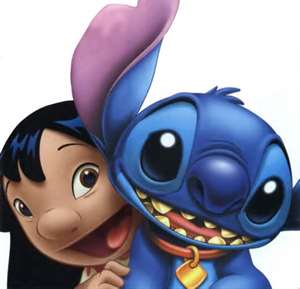