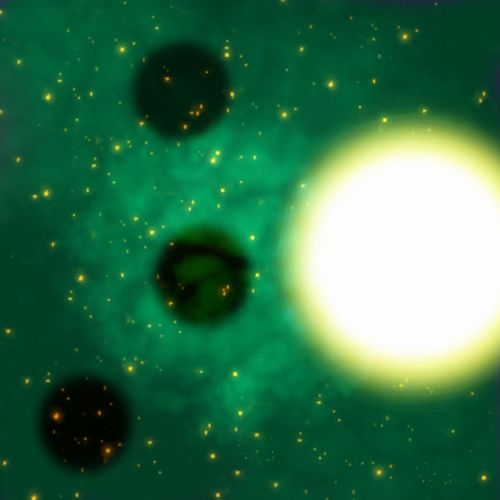 Sadie Drake just wants to keep her sister safe. But this is growing steadily difficult as Arley insists on finding a way back to Solandria. Amber wishes to be left alone with her troubled thoughts,…Continue

An arrow with a small piece of worn parchment attached to it whizzed by, firmly planting itself in a tree.  A hooded figure raced over to see the message. “They're on their way!” He shouted. “We…Continue

WARNING this is still a work in progress. Please JoinIt had been years since Kayla's (My character) Grandfather defeated the shadows and many others. The Author blessed the Codebearers with gifts,…Continue

Destroyer of Cypher's ego and More Awesome than TDOW
48 Replies

Hello all. You know me as Sabrina.Now I have a real account. For all who don't know me already here are a few things about me.I like pizza. I like to think I'm deadly and intimidating. I love books.…Continue

Sabrina has not received any gifts yet

Welcome lost travelers. Here seeking something? Or more accurately, someone? I might be able to help ~Ignis Mayhem

There once lived a man whose battle was old

His fight one of stories always untold

A battle of the mind and a fight of the soul

O what a story that would never be told

There are tales of the valiant, the brave, and the bold

But not of the man whose battle was old

Humbly he served and humbly he fell

O what a story that he never would tell

Never asking for such as silver or gold

Always doing what he knew was right

O what a story of an epic fight

He waged his battles over souls long since sold

The creatures of darkness finally claiming their hold

Determined, the man shared his light

Before succumbing to the burden he bore

Weary was he, he began to succumb

To the evil inside him, yes the end had begun

Yet the man knew just what to do

He brushed himself off and tarried on through

No matter the odds, he'd oppose the night

Fiercely, he faced one last fight

But not for himself, no he'd never do that

But for me and my friends swallowed by the black

Long since lost to the grip of the abyss

Haunted by the shadows of lives gone amiss

The battle was fought and he all but won

If only the darkness had released that last one

For me the darkness refused to give up

Tortured was I by my cursed bad luck

If only the man had turned and ran away

He might have lived to fight again one day

But alas he would never do that

He plunged into the darkness, taking hold of my hand

Surely there was never a more valiant man

With one final effort he shared his light

Breaking me free of my nightmarish plight

Of me the darkness relinquished its hold

But only to consume the man of old

My hero was he and never will i forget

The man who rescued me without regret

I found all his stories and I wrote him songs

About how he saved people and righted many wrongs

People now know of the man of old

His story no longer goes untold

As for me, my story has yet just begun

I will fight the battles and hopefully have some fun

I will remember the warriors who have fought night's might

And remember my liberator, a most honorable knight

Oh, I mean, you can call me whatever you want. I don’t even know who I am anymore, so I don’t suppose it really matters. X,D

Oh geez, everything went from zero to one-hundred very quickly. :O There are so many amazing things in that paragraph, I don’t even know where to start. Graduating HS must’ve been amazing. I’m so happy that things went (relatively) smooth for you so it seems. I mean, dang, awards and a TUTORING job. That’s the real deal. *big claps, lots of big claps* Nice to hear that you are still writing. Good ‘ol memories. :,)

I wish I could forget Mavrose. XD Took me a minute to remember what “Amber’s Story” was. I don’t think I ever did....I DEFINITELY didn’t finish Mavrose. I think I’ve only finished ONE story in all these years, though I still write crappy stuff every once in a while and usually delete it a month later.

*BEEG HUUUUUGS*
I dunno, could be a hacker. Who can say? ;D

Ohhhhhhhhh up and down. How are you? How’s life been?

Great! (I love thunderstorms SOOO MUCH!) I do think mouthful names can be fun!

Also, let's just call it The Manor, unless you have a better name (which I'm sure you do :)

Oh, thanks! I'm totally open to constructive critique! All I normally get is: oh it's fantastic! And I kinda agree but I want it perfect, you know? Also, I spent, like, a few hours on it, so it's nothing like the stories I've spent years developing :)

Dang! Where did that poem come from?

It's lovely! I hope you get around to that story sometime!

Oh, Sabrina, that poem is beautiful! I want to sing it!

How to hatch a dragon

Cypher needs help hatching a dragon egg, Please go to his page and click on the egg, (yeah, that's a bad picture i know) You can do it once a day. If it doesn't hatch in seven days it'll die so please help!

I should explain something

I probably should've explained this awhile ago. Sabbath is when I go to church and there are certain things I don't do on either. Like watch anime, go shopping, or do roleplays. I wanted to explain this so you guys know that i just didn't see the post in the rpg, but I'm waiting for Sabbath to be over. It starts for me sundown/last light friday and lasts until any three stars can be seen saturday.

I had to write a four to six stanza poem for English today and here's what I got.

I wish to fly

For it is full

Or so it seems

To that starry sky

You return to earth