Want to be scared?

You want to hear something scary? How about my voice? Here you go:

Yes, I'm published! But, it's not what I expected to publish. Anyone (who is not a sibling) want to guess what I published? Note: I will reveal what exactly I published and all that stuff by the weekend.

(seriously, siblings, don't spoil, please? I wanna see reactions and ish to the blood, sweat, tears, and brain cells used to craft what I did.)

Edit: Its a.... research paper! It's for an educational summit in Spain. I…

My summer so far:

*Being bed ridden for another two weeks due to surgeries

*Only documented grade in the class so far is a 79

Did I mention that this Tuesday is my last day at my job? And I'm moving to a new neighborhood due to going back to school? And…

hi guys. so i'm in a little bit of dilemma,, basically i need a new smartphone before the new school year begins. i'd really like a good phone with 32-64gb storage/4gb ram/fast processor/good multitouch but problem is that a lot of the latest good models range from $600-$900, even when looking at the unlocked options on amazon. does anyone have any good recommendations cause i really don't want to pay that much for a phone but considering a lot of new games or apps require not only a higher…

*insert meme gif* i said what i said

i joined a while ago but i figured i'd like to say hi now!! i'm akatsuki and i really like anime! my best girl is sayori from doki doki literature club, and my favorite anime - heh i can't really have one favorite series so some of my favorites include violet evergarden, fullmetal alchemist: brotherhood, hunter x hunter (the 2011 version and nothing else!), and akatsuki no yona (yona of the dawn)! i have many more series i love but these are just several lol. (i also love doki doki…

I have been talking with Chris Miller about starting an audio drama for CB and he is liking the idea!

I still need to develop the plot more but it will be set 75-100 years after the books.

So far I have asked/talked to some members about this and I think it is coming together! Here's a list of who wants to do this and what they want to do or have time to do.

Chris and Allan Miller - test reading of the script…

As a follow up to this post, there has now been a 3rd bomb threat this past Tuesday. This time, the school was on lockdown for an hour. Again, I was at another college when this happened.

My life since March 16th has been interesting. Caught the flu for the first time in a very long time. My baby sister turned another year older. Took my Calculus 3 midterm test. Oh, and the college where I work received a bomb threat. Twice...

Yeah, that was interesting. Funny thing is that both threats happened when I wasn't at work. The first one came in on March 20th around 8:15am. I was in bed with the flu. My fever had broken that morning, but I still felt really tired. My…

My Bit of OCD

Ok I'm sure I don't actually have OCD. But a lot of really weird things bother me such as...

I HATE IT when people touch a chair I'm sitting in, It absolutely drives me insane!

The dishes have to be organized in a special way. I have a sistine for where every dish goes.

When I play chess all the pieces have to be centered on their square and face the right direction.

When I use a computer…

Two days ago, we received some terrible news.

I have known Brittany since I was 5. She was just a young teenage girl helping out in a VBS.

Now, 8 years later, she is married to a wonderful young man, and almost immediately got great news.

Everything was going just how you much expect, and now the day was here.

When you think funny I think of this video!!

This is hilarious. I love this movie.

For all who believe in the U.S. we are better united then apart. Like my friend says. okay my friend is not always right. 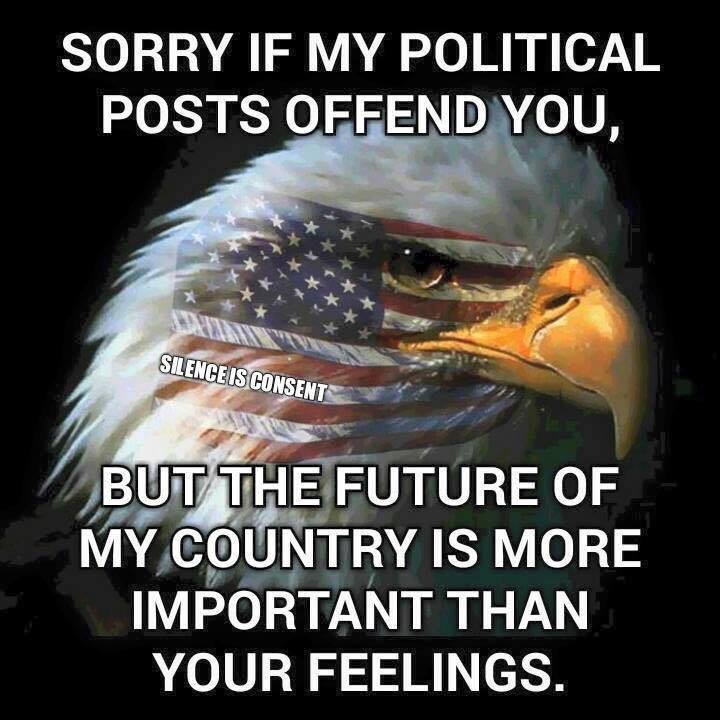 Today I'm Thankful for a Lack of Money

Today I am thankful for a lack of money.

My grandma has been talking to my mom about taking us on a train ride on this one train.
We decided not to, since we don't have much money.
This morning, around 8:00 AM, 7 train cars derailed on a overpass, dropping two of them into the free way below. …
Continue

I have begun writing some, stuff. I'm told it's called prose poetry, but yeah.

A jumbled mess. A whirlpool of emotions, all going by too fast for anyone else to see. But you? You see it all. Every single emotion is like another…
Continue

I Was Asked To Picture God On His Throne...

Yesterday at a Quiz Meet I was asked to close my eyes, and picture God on His throne.

So I closed my eyes, and I asked, "Take me to You." And instantly a picture formed in my head.

It's trunk wasn't wide, and it's leaves were green. A gentle breeze blew by, shaking it's leaves, and a few fell to the grassy ground I was standing on.
I looked around, I was on a grassy path through a lush green garden. It smelled of grass and fruit.
A little… Continue

Happy Reformation Day! Hard to believe it has been a whole 500 years!

Yeah, the SoD Forums are in an uproar, and I actually had to report my friend, and another is on the verge of being reported as well.
So, yeah, can we not argue here? I'm already dealing with arguments on the forums...

Just a concept. What do you guys think?

My target was near the hit field, I had paid off a peasant to cause the proper distraction to allow me to approach him. I Sigh, another political target i thought, sure their easy and pay well but they are always such a bore. The peasant slapped my arm and forcibly dashed through the approaching crowd that surrounded my target. I quickly chased after him…