For my school I get a short story published!!!! I decided to go with Nathan's story and worked super hard. In the end I got super high praise from my teacher!!! I'm so proud X3

I decided you all should read it now! Please enjoy!

To Become a Man

“Oh! You didn’t tell me you had a daughter!” the woman said with…

Slow endings; Slow beginnings: Another poem by me.

This is Mr. Shade. Please do not copy! This is my own original character and he's my favourite! XD

(That slash on his face isn't a mouth... I didn't realized it looked like one until I had saved it though... :P Teehee! I was having fun with water drops and making Mr. Shade's hat all slouchy. ;) He's not exactly happy to be wet in…

So I've been doing some more art! X)

Unfortunately these ones are a bit dark...

They eye is pretty good, but I found it a bit to cartoony for my liking. :P However, I love the reflection of light I caught in the pupil! 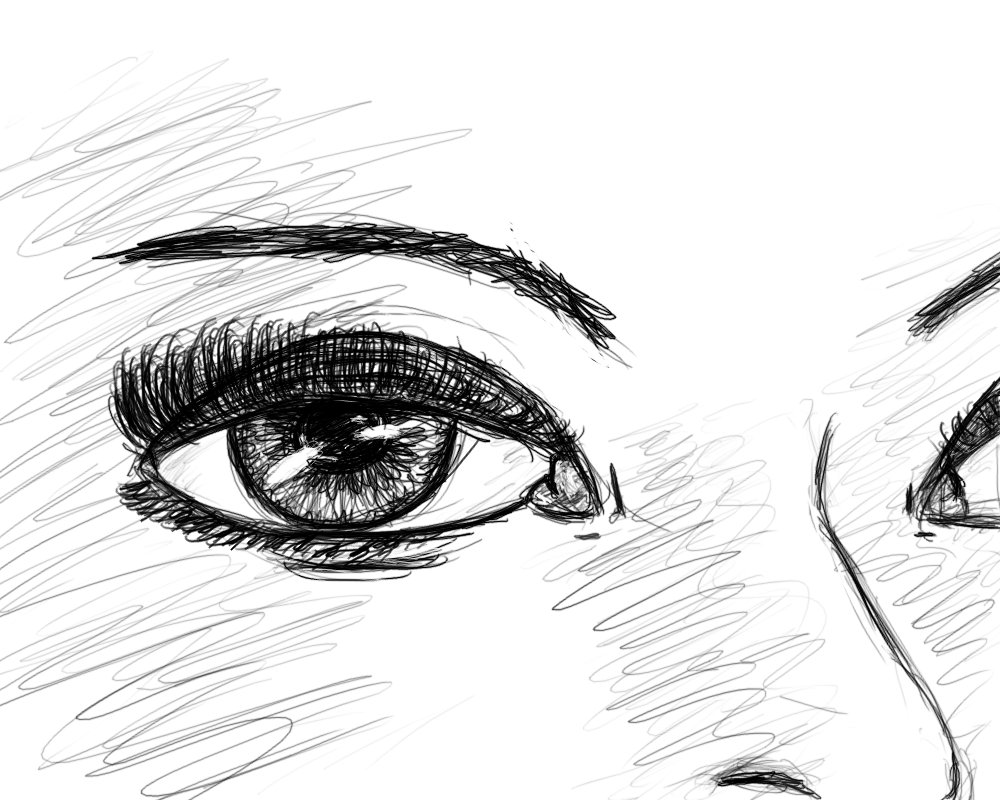 This is a screaming girl... It's fairly dark, but its probably one of my favourite pieces of artwork. I love how I kept the main…

The Two people in One.

I tried to make this like a real poem... but it didn't work. :P So I wrote it like this... and for some reason it still seems like a poem...

The Two People in One.

My face isn’t my real face.

My real face is hiding.

A Small Thank You.

Today I will have been on CB for one whole year. Well, actually I joined in June, but today would have been the first time I actually went on and tried it out. This website has really changed my life and I don’t know what would have happened if I didn’t know about this.

Before CB I was a lonely kid because of where I live. I only got to see friends here and there and being a people person this was really hard… One of my friends introduced me to the CB books and later the website. I…

My first attempt at a Poem

Warning! Outside of school this is the first full length poem I've written so its not very good. :P

The wind howls, the sun hides,

My life is over and I must abide.

I’m standing there in pain,

With nothing left to gain.

Everything I touch is breaking.

I look around to see if…

A Random Story of mine..

This is a random story I started awhile ago. I didn't exactly know where it was going and only really wrote this chapter. I don't think I'll continue it but I thought it might be fun for you guys to read. X3

Just a warning, it's very gory and dark. This is not meant for the faint of heart.

Oh, and its not very well edited. :P 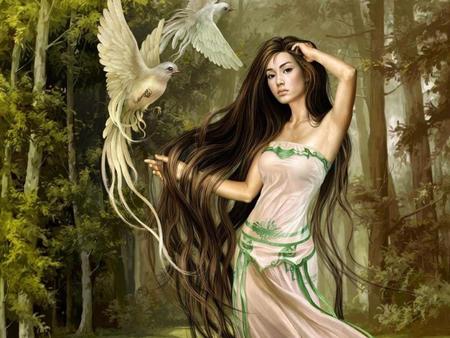 Me: Hello people! This is my birthday post! I’m going to make it like one of Silvermoon’s awesome posts XD

Hawk: *eyes get big* can I have cake?

Me: *laughs and hugs Hawk* your soooo cute!! Of course you can!

Nathan: …you spoil him too much.

Me: Nonsense. *takes Hawk’s hand and leads him to snack table*

Hawk: *winks and sticks tongue out at Nathan*

Nathan: … smart little kids… they are so annoying.

Lexie: Where’s the birthday girl?! Me and…

So my birthday is coming up and for my new year I decided to change my profile pic. I'll be getting my hair done nice and short soon as well. Here are some pics I found. If you really like one tell me and you can vote on it. If you would also like, you can find one for me! ^^

-(going to be) Short Blonde hair

Here are the pics I've found that I've looked through…

The Story That was to Never End.

Once upon a time there was a young writer. She was fairly talented and liked to spend all her time writing. One day she was writing the most sadist love story she had ever done. The words poured from her very heart and onto the page. Her family worried about her because she could no longer eat or sleep, she insisted upon finishing her story. Unfortunately the way the story was going one of the lovers was going to die. When the chapter came she cried over the book no longer able to write. The…

For my Digital Arts class I had to draw eyes. After some studying and practice this is what my Eye study looked like! 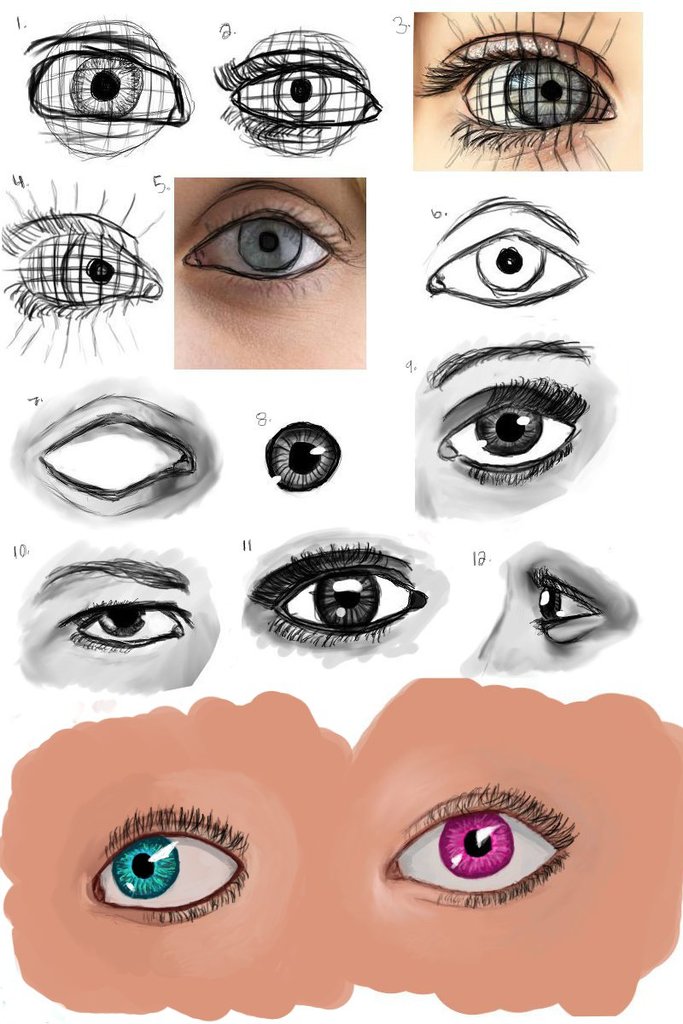 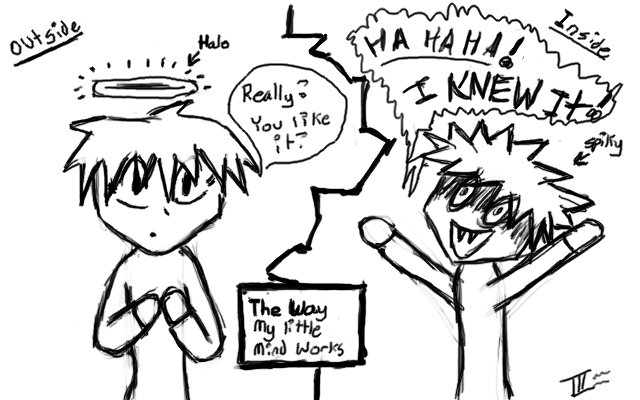 *sigh* yes this is in fact true. As someone a know always says, "Just because they're smiling on the outside doesn't mean they're screaming on the inside." Or in my case having a mini-spaz. It sure was a lot of fun to draw. *grins evilly*

(for all of you who know me in real life: No i haven't cut my hair…

After some thought I've decided to pause most of my books and just work on one. I want to know what book you guys think I should work on. You have one week to decide or if I get enough votes. Heres what you can choose.

1. The Peacekeeper (sequel to the felixi)

2. Feeling Alive. (About the lives of a schoolgirl and advanced robot boy) (need to change title... I was thinking "Existence".)

3. The Life of a Writer (What would happen if I got sucked into my own…

Yes, that is what I have named this artwork. What it really is I'm not sure so it can be anything you'd like, but I think it looks like a bush.

I randomly decided to draw some black lines and they grew smaller and smaller one until I thought. "Hey it looks kinda like a tree or bush" so I spray painted some green and went crazy with trying out my new art skills. Annnnnnndd this it what happened. ^^ I love my modern art <3…

So after some thought I think I'm going to change my name to just plain ol Mina. Nobody can get Thea/Mina anywho, but I've got a lot of funny miss spells! Like Theo or Deo or Tea.... nobody can get the Thea. lol! I just used that name cause It was from a favourite book of mine.

The name Mina is kinda a funny story! I was on here doing a kinda mini role play and needed a name for myself. On a spur of the moment Mina randomly came up with me thinking. "Ah I'll have to change it…

So my teacher wanted us to do a digital painting of a still life. I was so nervous about this assignment and actually it didn't go to bad! I thought I'd show it to you guys. I'm not 100% finished but this is close enough. 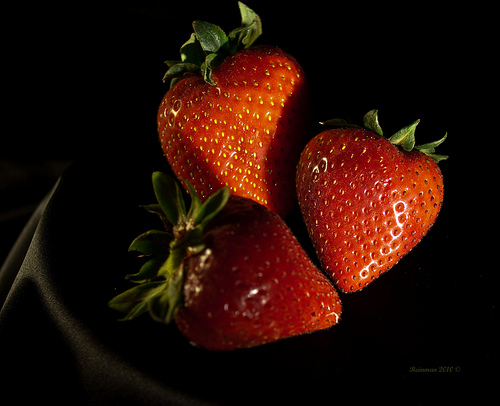 HELP ME!! I still can't figure out how to put videos onto codebearers XP anytime a try it just comes up as a link...

The Death of Online Sonic Comics

Ever read a sonic the hedgehog comic on youtube? The guy who made them was called soniccomicworld and just recently he disappeared and all of his comics are gone. (Has a good cry) They were my favourite and I read through all 400 of them once. Now they're all gone!!!!!!!!!!!!!!! *Boohoohoohoo* I've bought some for myself over time, but I'll never get to read some of those good one's again. It feels like a big piece of my heart is missing...if I didn't have codebearers I'd probably be done…

The Way My Little Mind Works

When I first created my character Sheen for the Sliver Mist, he was just an ordinary character. Then I started to think lots about him until he slowly became a friend of mine. I love adding him to my real life and seeing his reaction. Since I’m his writer he considers me a part of his family… well, the last part of his family. Anyways this unfortunately makes him very overprotective. Today I had a dentist appointment and as usual he insisted upon coming with me. Worried he might panic I…