Dream of the Night Part 1: Nightfall

The kingdom of Rhianon has enjoyed several generations of peace and prosperity under the wise kings and queens of the Manohara family. King Ceiro and Queen Caitriona had six children. Arzhell was the oldest and their only son. However, the lad was of a frail nature at 19, he succumbed to a terrible illness that swept through the capital city and even the palace. The disease took many lives, including the infant princess Levana. The twin princesses, 17 year old Aislinn and Lillith, were named the new co-heirs to the throne of Rhianon.

Misfortune was not finished with the Manohara family, however. Soon after the ceremony that officially declared Aislinn and Lillith heirs took place, a group called the Voirrey rebelled against the royal family, claiming their leader, Morrigan, was the true Queen of Rhianon. Morrigan claimed to be a descendant of the house of Alfhild, a line of wicked rulers who had been banished when Berwin, first king of the Manohara family, led his armies against them, freeing Rhianon of their tyranny. Now, Queen Morrigan is gathering many of the people to her with promises of fame, wealth, and power.

In such turbulent times, Aislinn and Lillith struggle to find their own paths, while the world they knew is turned upside down...

nghome (aka SilverPhoenix) whose RPG, Aerien, began the creation of Aislinn. She also invented spellsingers and her stories have inspired many elements of my story and I encourage you to check out her books.

BladeAngel whose RPG, helped me develop Lillith's character and helped me decide to turn their backstory into a whole book.

Mina whose books have inspired many subtle elements of this book. 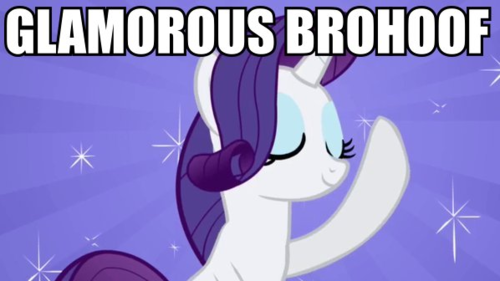 This is the first book I've ever attempted and I don't have any of it pre-written. It just exists as some scenes and characters in my head right now, so it'll probably be a while before the first chapter comes up.

Just as long as we see what you want.

Then it'll be perfect.

Arzhell and Aislinn...now where have I heard those names before? ;)

Arzhel/Arzhell is an old Breton (British) name that means Bear Prince, so I like using it. As for Aislinn, this is the same one from Aerien.

That's what I figured.

Permalink Reply by Falling Star on August 7, 2012 at 11:40pm
As I created Aislinn's backstory, I started getting all these ideas and several characters wanted full explanations, not just brief cameos in flashbacks, so I decided to fill in Aislinn's background. The first part of the story is more about Lillith.

It was a few hours before sunset when three figures slipped out the back gate of the palace walls. Two of the figures wore simple dresses, long-sleeved and ankle length, while the third wore the brown leggings and green tunic of the hunters and woodsmen, whose livelihood depended on the forest. Each of the young figures also wore a plain cloak and hood over their simple garments. Such clothing disguised the true identities of the twin crown princesses, Lillith and Aislinn, and Dai'ker, 2nd-in-Command over the King's Rangers, the most elite group of warriors, spies, and trusted agents of the royal family. Dai'ker was charged with the responsibility of the heir-to-the-throne's safety, or in this case, heirs.

Lillith and Aislinn were arguing, a common occurrence as the two twins differed greatly when it came to preferences. Aislinn wished to visit Wildflower Meadow, which bordered the North side of the castle. Lillith however, longed to explore the Ciaran Forest that guarded the Eastern side of their palace home. It was often like this when the sisters convinced their body-guard to sneak out with them; Aislinn wanted to bask in the remainder of the evening sun and take in the rich aromas of the spring blossoms. Lillith yearned to seek out the hidden beauties and strange secrets of the mysterious woodlands.

Though the princesses were physically identical, their personalities were quite distinct. Aislinn was warm, energetic, outgoing and perfectly content with her life as a princess. She had a brazen streak that often got her into trouble and she had a habit of pulling others into her wild escapades. Lillith was shy, secretive, solitary at times, and often seemed cool and aloof to those not well acquainted with her. She was far more prim and proper than her rambunctious twin and disapproved highly of the other's flirtatious behavior around members of the opposite sex, regardless of age or social standing. Lillith never cared much for boys was resigned to the fact that her future marriage would probably be for political reasons. Aislinn, on the other hand, was a hopeless romantic, had countless crushes over the years, and believed vehemently in 'true love'.

"The woods are too creepy." Aislinn whined.

"Well the meadow is too boring." Lillith snapped.

Dai'ker sighed as the two bickered. He often found himself mediating between his charges and devising compromises to keep the peace.

"I think I know a place that will suit both your highness's." He interjected when both girls had paused for breath. "There's a pool a short distance from here that is fed by a small waterfall and surrounded by both tall trees and wildflowers." Dai'ker took their silence as approval and nodded towards the woods. "If you'll follow me, miladies..."

Sorry it's short, but it's late. I'll try to get the rest of Ch. 1 up tomorrow before I leave.