After the finding of the Lost Crown,the oracle sends Rhage and his Royal Guard on their second quest. In the territory of Rfhre Castle Kashrev the Battle of the Princes and their Royal Guards is underway. Meanwhile Rhage plus his Royal Guard are on their way when a rival prince challenges Rhage to a race.Rhage was about to accept when Fthym (dark fae) capture him then brought him into the territory of DaeLim where the Castle of DaeLim stood.

But Rhage,being the Unknown Prince,had one last chance with the oracle,who told him that the Dark Fae (Fthym) Prince will die if he does not save him. With another rival prince on his back,his Royal Guard lost in the forest,Rhage Vxerz has to try to save another prince,who may have stolen his heart. Will Rhage succed or fail the quest for the Crown of Eryi? 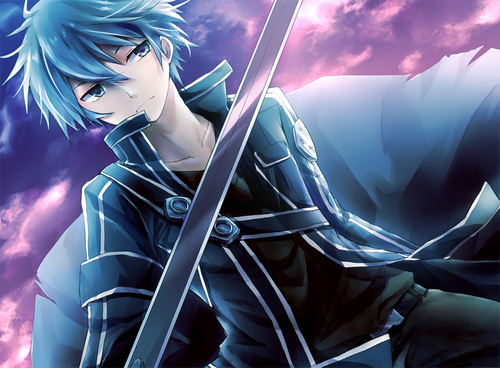 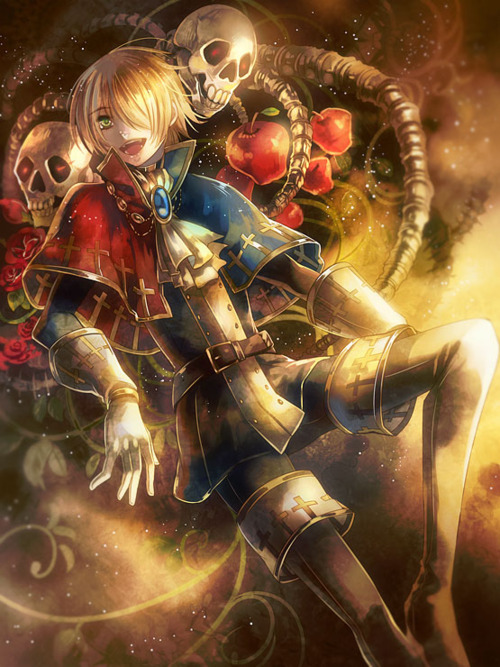 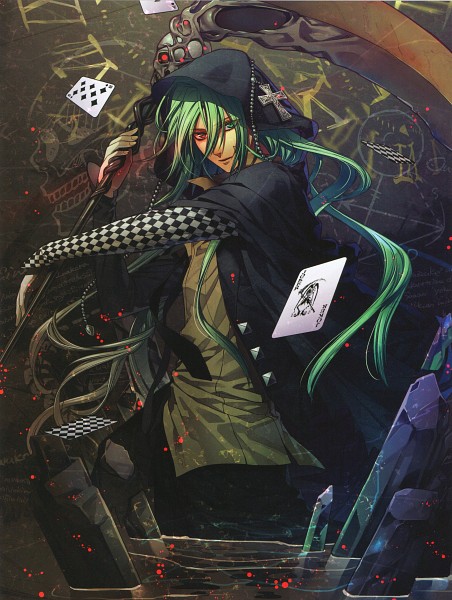 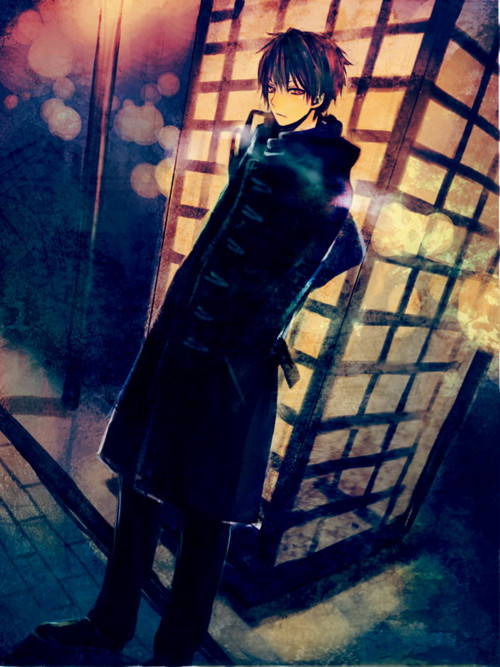 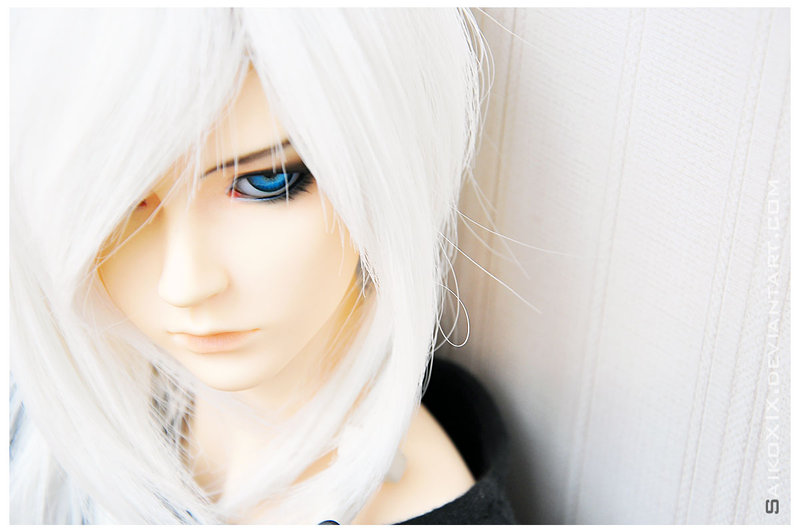 Unseelie opened his eyes to glare at the new prince of his castle.

Blood slapped him across the face. "Say it correctly,"he ordered.

"I am awake Your Majesty,"said Unseelie.

Blood snorted with laughter while he left the room with his Guard following close behind.

Unseelie punched the wall with his fist.

'That Prince Blood is gonna kill me one day I just no it,'thought Unseelie bitterly.

He remember how Blood had stole his crown from right under his nose.

But he was glad he was wearing his favorite tattered white cloak edged in gold.

And then there was the belts.

Unnaturally, they first wound around his neck,then left arm followed by the chest and finally the right forearm.

Unseelie sighed as he lowered his hood to finger the talismin hanging from his golden light brown hair.

He missed Jagger Hal the captain of his guard including Scarlet Ason,Hal's second in command.

Collasping on his uncomfortable bed,Unseelie gazed up at the cavern like ceiling.

'I wish someone would save me from being killed by Blood Fyric's hand,'thought Unseelie.

'There may be some one who may save you,'answered a voice deep within Unseelie.

"Rhage Vxerz,"whispered Unseelie trying out the name while his hand slipped into one of the pockets.

There he found a small ear piece from Jagger before Blood plus his minions came to haul them away.

'Jagger here Your Grace,'replied a voice.

"Its good to hear your voice captain,"said Unseelie with a grin.

'Same to you Your Majesty,'commented Jagger's voice.

"Nice to hear from you too Scarlet,"mused Unseelie.

'Where are you Your Grace?'interrupted Jagger's voice.

'Whaaaat?!?!'exclaimed both Scarlet's plus Jagger's voices together.

'He can't do that!'added Scarlet's voice.

"But I do have an order for you Jagger,"said Unseelie putting a hand behind his head.

'What is it Your Grace?"asked Jagger's voice.

"I need you to keep an eye out for anybody named 'Rhage Vxerz,"instructed Unseelie.

'Yes Your Grace I will take care of it,'answered Jagger's voice before the line went silent.

Unseelie smiled and took out the earpiece just as a guard entered with his dinner.

The guard place the tray on a metal table before leaving the room.

Unseelie went over to the table then sat down in its only chair.

Carefully he lifted up the lid,only to turn away to gag.

On the tray there was a bowl of nasty green soup,burnt garlic toast and what appears to days old salad.

Unseelie quickly slammed the cover back on the tray just as a gag escaped his lips.

Blood headed towards his throne room with his Royal Guard around him.

"My Lord your steward is waiting on you,"murmured Blood's captain.

"How perfect I thank you my captain,"thanked Blood.

His captain bowed his head before he and the guards stepped aside to form a walkway.

Blood nodded to each of his guards,cause they were all tight knit friends,then stopped infront of his steward.

"Your Highness where have you been?!"complained the steward.

"I was making sure steward that my prized prisoner is still alive,"replied Blood with a smirk.

The steward nodded before stomping off down a hallway.

Blood flicked his hand and within moments he was surrounded by his loyal guard.

Snorting with laughter,Blood told his guard about what has happen.

His guard soon joined in on the laughing as they entered the throne room.

The captain rolled his eyes before he plus three guards led Blood to his throne.

Blood settled down with an easy smile sliding into place.

The first lady stepped forward to curtesy then kiss the Majesty's hand.

'This is gonna be a long day,'thought Blood.

Permalink Reply by BladeAngel on November 24, 2012 at 8:44am
Tourai: *bites fingernails*

Rhage fanned himself while leaning against a large pine oak tree.

His guard was also leaning against trees with sweat making their clothes stick.

"Where in the world are we?"asked Shaye.

"Looks like we are in the territory of Rfhre,"replied Blaylock.

The others were about to reply when the sound of hooves caught their attention.

Rhage signal Rhys and Rhett to check it out with Chaos as backup.

"A rival prince challenges Our Majesty to a race,"answered Rhys bowing down on one knee.

"What about us captain?"asked Rhys.

"You and your brother are lookouts,"suggested Blaylock.

The Kalevi twins nodded before jumping high up into the trees.

Others soon returned with all the horses the oracle gave them.

Rhage mounted up then takes notice of a group of dusty figures.

Blaylock appeared beside him while the other guards took position around him.

Together they venture out of the sweltering forest just as a different guard surrounded them.

"Whose the one who challenges me?"called out Rhage.

One was a dark forest green,the other was red.

The figure had on a dark red cloak that held an embelm of a broken hand.

"I am Prince Demin Coset from the castle of DaeLim,"answered Demin smiling a sly smile.

-looks at my busted hand-

i'm scared to think of what it might be.

Tourai:*rocks back and forth in seat* need more here!

Demin smiled as other figures surrounded him and his Guard.

The figures had strange black markings on them as they keep coming in.

Then they surged in on Rhage to trap him in a large sack.

Couple of figures picked up the sack together with a nod from Demin.

Rhage's Guard watch on in horror while the figures disappeared back into the forest.

Blood sent his Guard to retrieve the sack,then told them to put it in the dungeons.

"Excellent work Demin,"whispered Blood to himself.

The rest of the guard softly snickered just as the stewards appeared yet again.

"What is this time stewards?"asked Blood.

"I know I just captured him steward,"interrupted Blood smiling easily.

Both stewards stared at him dumbstruck.

Blood laughed a cold laugh then shooed them away from him.

Unseelie listened for footsteps as they came towards his cell.

Quickly backing away,Unseelie saw one of the Prince's guard unlocked the next door cell.

Then two Guards stepped into the cell to turn over a large sack,which a teen with blue blackish hair fell out of.

Unseelie felt his heart quicken at the sight of the teen before the door was sealed shut.

Waiting til the close was cleared,Unseelie drew out his spare jumble of keys to sort through them.

After finding the right key,he fitted into the key to twist it this way and that.

Unseelie silently pushed his door open then stepped into the hallway.

Hurrying over to the other door,he soon got that one unlocked so he could slip inside.

He soon found the teen all bruised lying on his side in one corner of the cell.

'Is it him?'thought ask Unseelie.

'Its him the Unknown Prince,'whispered a voice inside his head.

Unseelie fell to knees beside the Prince's head to brush the stranded bangs off the face.

Then he felt the deep cut in the left cheek.

'What has happen to you Prince Rhage Vxerz?"thought Unseelie feeling the rest of Rhage's face.

Where did he get those keys??